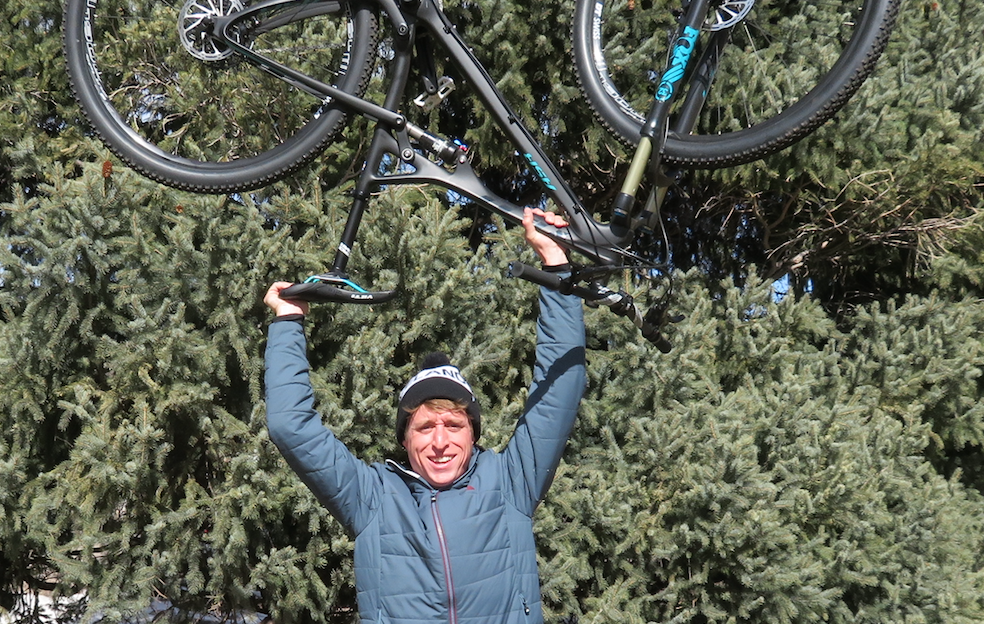 When Grant Henley spent two days volunteering to work on local trails last summer he knew his reward would be some quality time spent outdoors in the beautiful Hunter Creek Valley, and a sense of accomplishment for a job well done.  But he didn’t know that luck was on his side, and he was going to win a $3,700 mountain bike – courtesy of Ute City Cycles, the Roaring Fork Mountain Bike Association (RFMBA), and Roaring Fork Outdoor Volunteers (RFOV).

The Hotel Jerome, where Henley works, has adopted the Lower Plunge Trail as part of RFOV’s Adopt-A-Trail program.  When the Hotel Jerome Crew were told that a chance to win a bike was part of the program, Henley didn’t take the prize into consideration for very long.

“They said you could win a bike, and I laughed and said  ‘yeah right, I never win anything.’ Henley explained.  Then I got a call last fall saying I won a bike and thought it was a joke.  But no, it wasn’t, it really was a nice new Yeti!”

Henley worked two separate days on the Lower Plunge & Upper Plunge Trail.  Those two volunteer efforts doubled his chances in the raffle drawing for the bike.  With his new ride, Henley is excited to explore more of the trails he and volunteers around the Roaring Fork Valley have put their hearts and souls into for the benefit of all.

The 2017 season will mark the third year that Ute City Cycles, RFMBA, and RFOV will give away a top of the line mountain bike as an incentive for trail volunteer work.   This year’s prize is a CIMA RT-5 full suspension mountain bike retailing for $4,000.  To get involved with volunteering – and possibly win a new bike – go to RFMBA.org and RFOV.org to learn more.  The more you volunteer, the more chances to win! 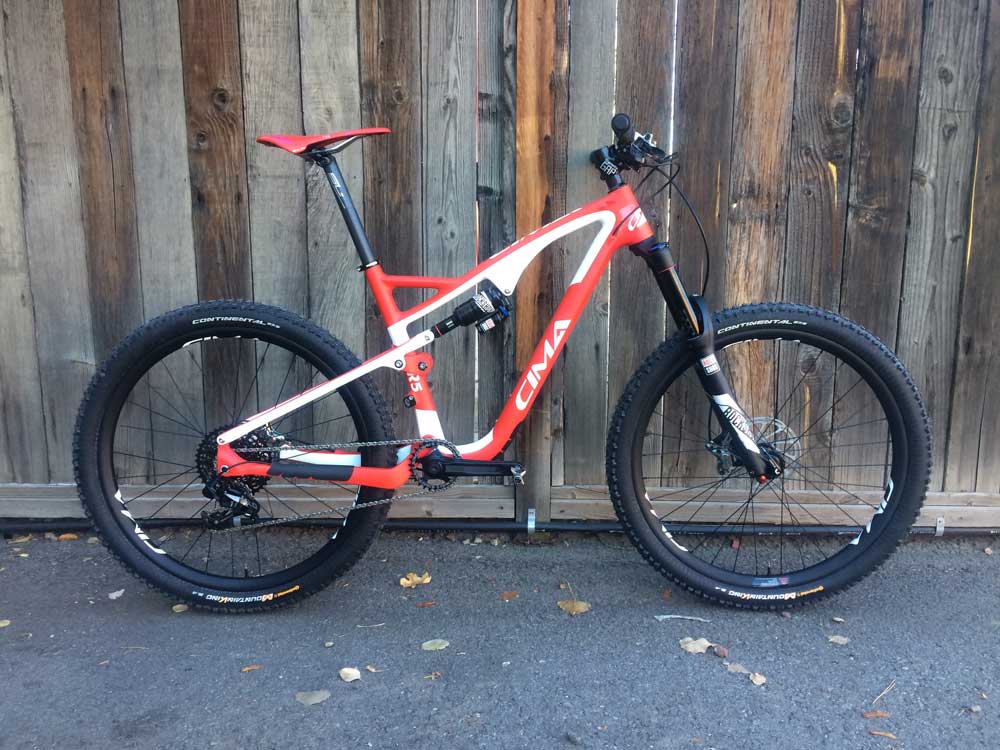 The new CIMA RT-5 will be given to new a lucky volunteer / winner later this Fall, 2017!

Roaring Fork Mountain Bike Association was founded in 2008 and is a Chapter of IMBA, the International Mountain Bicycling Association. RFMBA’s mission is to create and sustain the best possible mountain bike trail system and experience in the Roaring Fork Valley.

This season, Roaring Fork Outdoor Volunteers is celebrating 22 years of promoting stewardship of our public lands by engaging the community in volunteer trail and restoration projects.