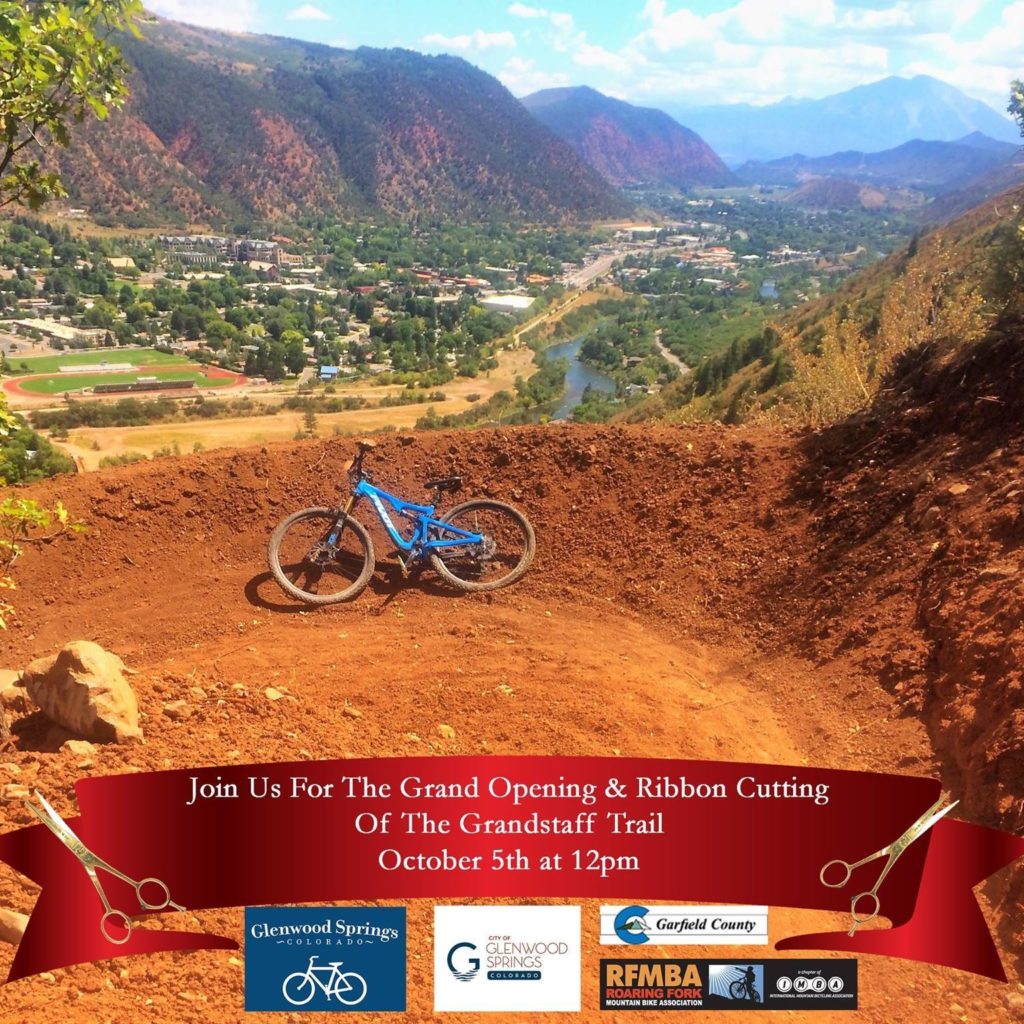 Come on down to Glenwood Springs this Thursday October 5th to celebrate the completion of the newest Trail in town, the Grandstaff Trail. We’ll kick things off with a ribbon cutting. We’ll have a shuttle at the trailhead but feel free to hike or bike as well. If you plan on riding your bike, please park at the Glenwood Springs Rec Center and ride your bike over on the Olsen Trail. You can also download a map of the trail system which includes the location of the ribbon cutting ceremony.

In 2014 the Roaring Fork Mountain Bike Association (RFMBA) and Two Rivers Trails began planning for the future of local soft surface trail systems. The Glenwood Springs Area Concept Trails Plan was issued early in 2015, identifying opportunities and challenges to improve and expand the existing trail experiences. With local commission and City Council support, RFMBA embarked on creating the Red Mountain Trail Improvement Plan during 2015, including a series of public feedback meetings and surveys. Following approval of this plan, funding commitments were secured during 2016 to implement the project. Many people who learned about this project during the planning process became aware of the high return on investment that modern soft surface trails can bring, both for the health and wellness of local residents, and the economic benefits associated with increased visitation.

Thanks to the City of Glenwood Springs, Garfield County’s Healthy Communities Coalition, Alpine Bank, the Catena Foundation, and RFMBA’s supporters and members, project work finally started in early June of 2017. Progressive Trail Design, well known for successful trail projects in Aspen, Snowmass, Denver, and beyond, utilized a small crew to refresh two existing segments of trail while carving and sculpting the new rolling tread and turns now known as the Grandstaff Trail. With work starting at the top of Red Mountain, trail users have been enjoying the improvements and new trail as each segment was completed and opened to use by mountain bike riders, runners, and hikers. The completed Grandstaff Trail is a worthy destination for everyone who appreciates big views, flowing dirt and rocky tread, modern bermed turns, optional air time, and yes, a bit of effort to get a big reward.

Special thanks go to the good folks at Rof.net and Thirsty Corp. for their in-kind donations.  They provided a full water tank, pump, hose, and labor to get a bunch of the new berms watered and packed down in the midst of a dry August!

Most of the trail is in thick oak brush terrain, with occasional massive views of downtown Glenwood Springs, the Roaring Fork and Colorado Rivers, the Flattops and even Mount Sopris in the distance. Evidence of the Red Mt. Ski Area that graced the lower slopes of the mountain from 1938 to 1966 are evident with the chairlift towers that remain. The new trail actually goes under one of these bright orange steel tower structures, making for a unique photo opp. With intersection signage planned for Fall 2017, and new trailhead maps and kiosks planned for early 2018, Glenwood Springs will be fully ready to invite mountain bikers and trail lovers from near and far to enjoy this one of kind trail experience. Users new to the area can find the best mapping using the Grandstaff Trail on MTBproject.com.

Any visit to Red Mountain and this new trail is not complete without a visit to the highpoint and panoramic views a couple hundred yards east of the top of the trail. Nearby, a tall steel cross hints at the long and interesting life of William Grandstaff. Formerly known as Negro Bill of Moab, William Grandstaff fled red rock country after being falsely accused of cattle rustling. He lived out his days operating a saloon where South Canyon meets the Colorado River, serving miners in the area. He eventually sold the saloon and settled atop Red Mountain before passing in 1901. 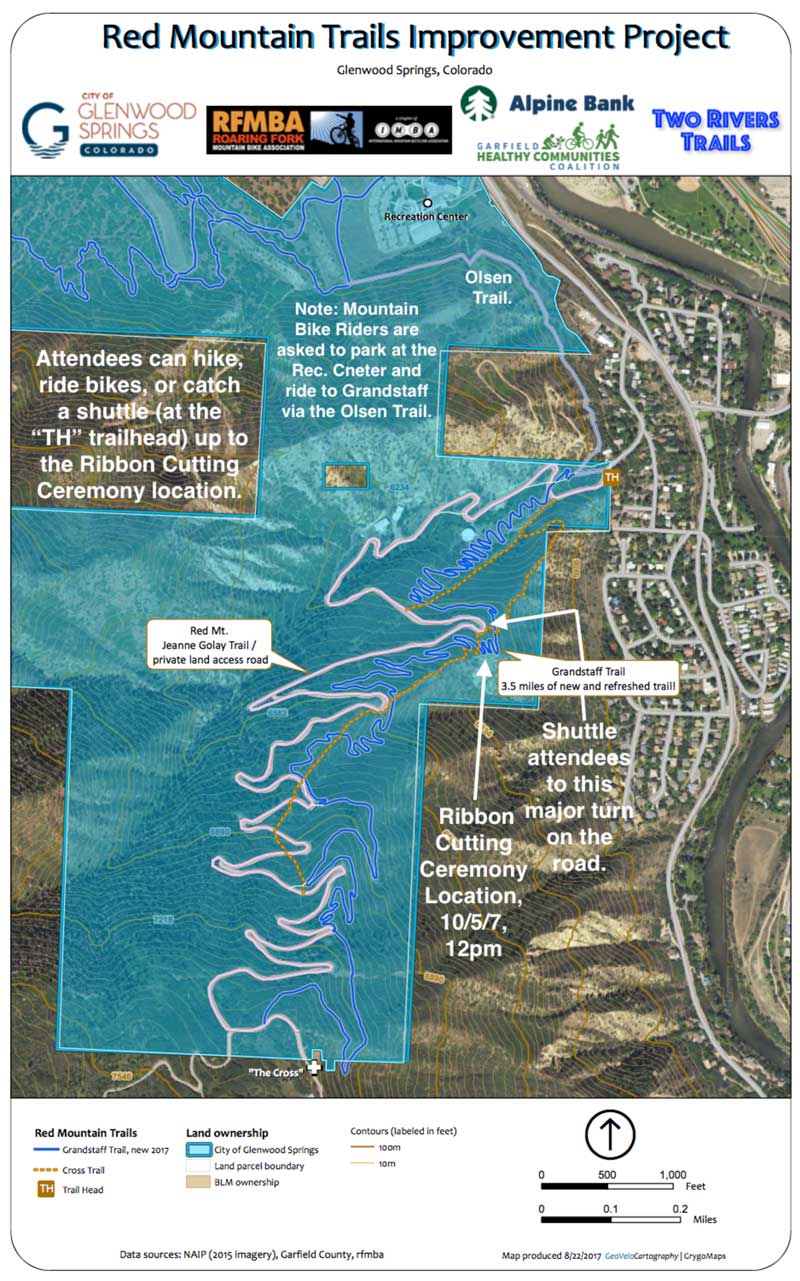