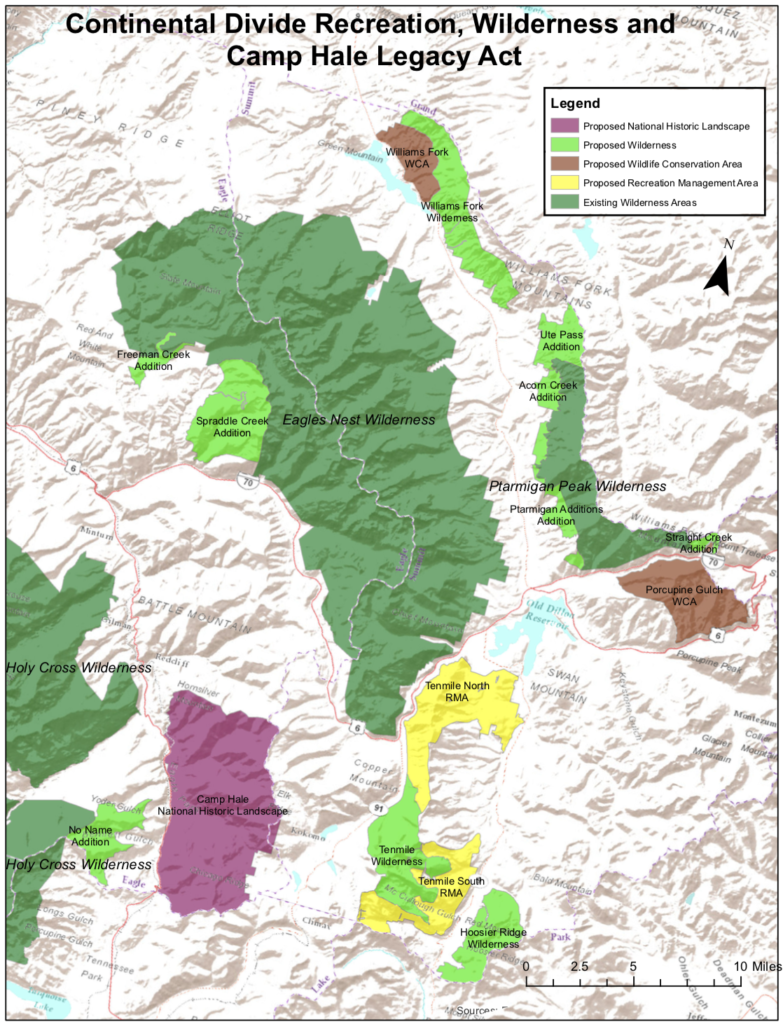 You may have caught wind in recent days of proposed land protection legislation that’s being sponsored by CO Senator Michael Bennett and CO Congressman Jared Polis.  What should mountain bikers know about it?

The Continental Divide Recreation, Wilderness & Camp Hale Legacy Act is quite a lengthy name, but starts to explains itself through that detail.  The primary areas proposed for stronger land protections in the bill can be found north and south of Silverthorne, CO, and as far west as Camp Hale, west of Vail, CO.   RFMBA has been part of + paying attention to the process for many years since an earlier version of the proposal included lands in the Roaring Fork Valley.  Because of hard work by Vail Valley Mt. Bike Association, Summit Fat Tire Society, staff at IMBA, and many others, we have been very successful at crafting/influencing a bill that is good for MTBing and we can be proud of.

Having mountain bikers at the table while this land protection bill was developed resulted in several key wins for our community.  This bill…

There are three new and positive MTB aspects of this latest version of the bill that are noteworthy:

Here are the other aspects of the bill that are being touted by the conservation community: