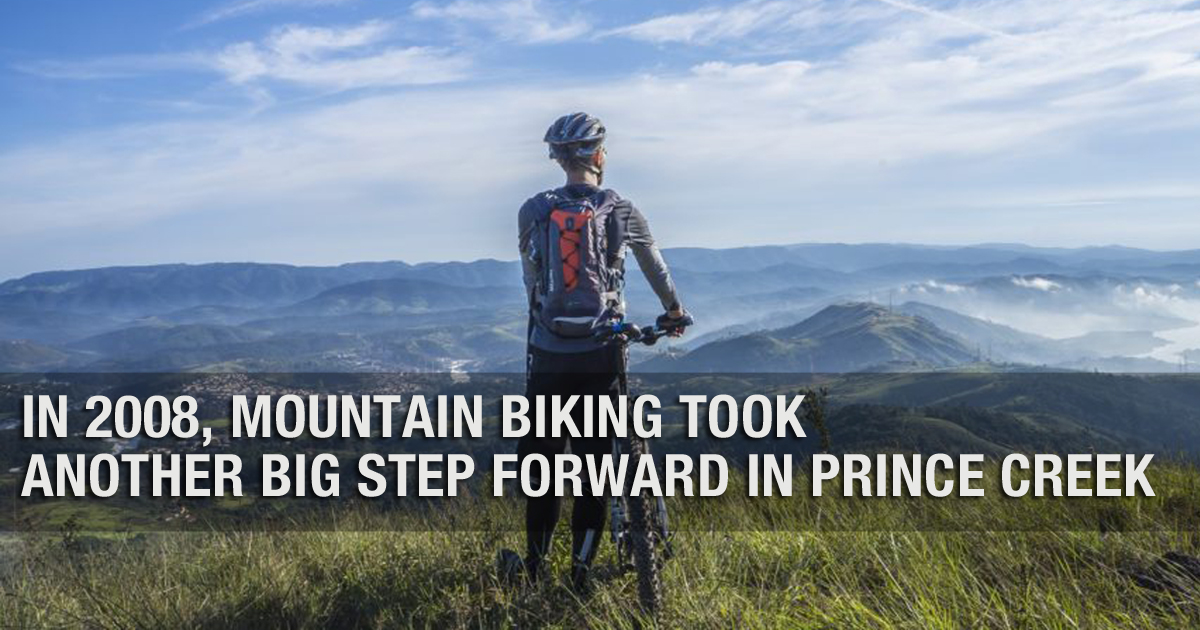 In 2018, the Crown got a big make-over that benefited mountain biking and recreation as a whole in the Roaring Fork Valley.  New trails and a parking lot were built, existing trails received much needed maintenance, and bandit camping areas were cleaned up to be replaced by fresh campgrounds.

Much of the improvements made in Prince Creek was due to super volunteer efforts from individuals and the community as a whole.  One of the volunteers behind the recent improvements is RFMBA’s own board member Todd Fugate whose efforts were highlighted in this great article by Genevieve Joëlle Villamizar in the Bonedale Amplified blog.

Villamizar notes in the article that volunteering to work on trails is infectious.  Even for people who don’t ride bikes.  Last season, volunteers helped build new sections of trail below the popular Father of Ginormous trail, a major re-route of the lower Jens trail and the new Dinkle Link Trail.

This year, more opportunities for local volunteers will be available so anyone can reap the benefits of joining in the community efforts to improve the community asset of The Crown.

But for a trail network such as the Crown’s MTB system to become a reality. It takes more than just super volunteers like Todd.  Villamizar notes that there is plenty going on behind the scenes:

Thanks to a bunch of governmental agencies, nonprofits and local businesses, almost a decade of effort finally hit pay dirt last year, with the Crown’s official designation as a Special Recreation Management Area (SMRA).

As Darren Broome of Aloha Mountain Cyclery explains it, “Unlike Mushroom Rock, which has the Red Hill Council, Prince Creek and the Crown area are primarily BLM lands with a little bit of private mixed in. But there was no ‘local’ organization looking out for Prince Creek. It’s kinda been like the wild west up there for years. Anything went– mountain biking; there were motorcycles, ATVs, Jeeps, horseback riders and hikers. With the SMRA, there was an environmental impact study. It cataloged approved, existing and renegade trails that were then either ‘legalized’ or closed; made it more ‘official’. It also looked at flow issues and approved building more trails, directional trails, for safety and flow.”

As a local bike shop directly benefiting from Prince Creek, Aloha Mountain Cyclery has somewhat unofficially adopted the Prince Creek area over the years. (In general, Aloha has been involved in community in so many ways for years.)

“It’s our community and our trail system. We feel like it’s our obligation to step in too, to help maintain and  grow the trail systems,” Darren says. “So Aloha sponsors trail maintenance days. We provide the food and drink to get volunteers out there. We work with Roaring Fork Outdoor Volunteers (RFOV) and RFMBA. Between the two of them, they provide tools, leadership and guidance.”

But as most people who do come out and volunteer know, digging  dirt with a bunch of fun locals isn’t the only perk one gets from volunteering.  The group sessions usually finish with a good on-site pizza and adult beverage party.  Pizza and suds delivered to you while gazing at the sun sets on Mt Sopris.  What could be better?

Keep an eye out for volunteer opportunities throughout the summer of 2019 at RFMBA.org

Read the article by Genevieve Joëlle Villamizar published last summer for a good look at what its like inside the mind of Todd Fugate and the trail elves of the Prince Creek and Crown MTB Trail system.