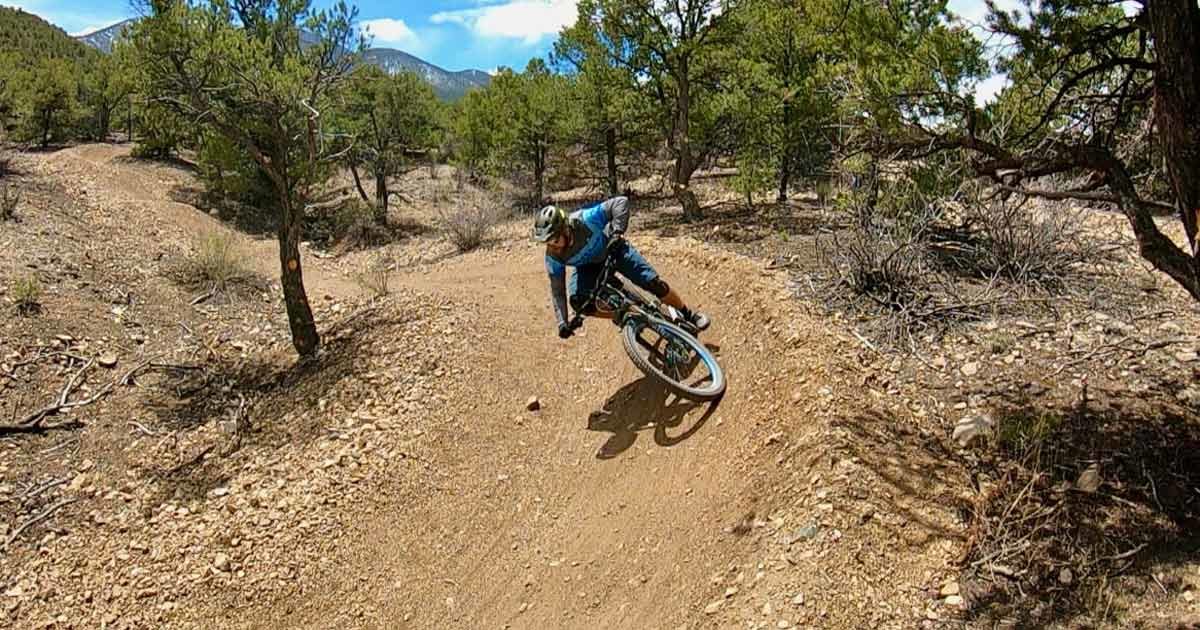 A new public land trail in Salida is under threat, and you can speak up to make a difference.  We’d like to see local mountain bikers participate in BLM’s comment period if they have enjoyed, or might plan to enjoy, a future visit to Salida’s excellent trail system.

\The Solstice Trail, a newer downhill flow trail with fun features carved into its gully alignment, was approved by the BLM through its typical process, and designed and built at great expense by our friends at Salida Mountain Trails.  A proposed expansion of the adjacent gravel mining operation would see the upper third of the trail closed.  It could be rebuilt at the mine’s expense, but not within the ideal downhill alignment.

SMT is asking riders to review this topic and participate in the comment period.  Selecting Alt. B may be an OK way to save the trail as it exists, but SMT requests at least a 200′ buffer from trail to mining operations, not the 30′ buffer that Alt. B would allow.   As such, Alt. C, no mine expansion, may be the best way forward.

Hard Rock Paving & Redi-Mix, Inc., has asked BLM to approve a 62-acre expansion on BLM land, which would more than double the size of their existing rock and gravel mining operation. If this expansion is approved as proposed, one of Salida’s most popular and heavily used trails would fall within the proposed expansion area and have to be moved and/or compromised.

In its Environmental Assessment (EA) of Hard Rock’s proposal, the BLM has suggested three outcomes:

Salida Mountain Trails does not support Alternative A nor B in their current forms due to the concerns noted above. If Alternative B had a larger buffer, we think this could be a win-win for the trail system, the community, and Hard Rock. Salida Mountain Trails even worked with Hard Rock and the BLM—before ever breaking ground on Solstice—on an agreement for a smaller expansion that wouldn’t impact Solstice’s current location. Hard Rock has since chosen to walk away from that plan.

Salida Mountain Trails still believe there can be a solution that permits some expansion without sacrificing the quality and character of one of our most prized and beloved trails. SMT would support Alt. B with the modification of at least a 200-foot buffer between the trail and the mining expansion. However, BLM has presented no such option, so SMT is commenting in support of the only one (Alternative C) that would ensure no impacts to Solstice.

The Solstice Trail is a BLM-approved, non-motorized multi-use trail.  SMT worked with the BLM over a four-year period to complete the required Environment Assessment process, and then worked for two additional years in coordination with the BLM to plan the detailed trail route and fund/execute construction. As described in the BLM approval, Solstice is a bike-optimized ‘flow’ trail that utilizes very specific terrain which took volunteers hundreds of hours to design. To avoid just this sort of future conflict, SMT, BLM staff and Hard Rock representatives met to discuss future mine expansion plans. During these meetings, there was verbal agreement that our planned trail route/alignment would not overlap with their plans for expansion.  SMT volunteers were grateful for their verbal agreement and willingness to coordinate with us on this at that time. They later changed their minds. The trail was completed as planned in June 2019 at a cost of approximately $60,000 (including all the volunteer hours and BLM staff time), and was funded utilizing a difficult to obtain State Trails Grant.

Bottom line, Salida Mountain Trails ask each of you to spend the time to read through the EA (beginning page 10 – Proposed Actions and Alternatives), consider our thoughts, and submit your comments as you see fit.

These are your public lands and you have a say.