You are here: Home / Public Announcements / The Moment – Movie Night at the Crystal Theater – March 22 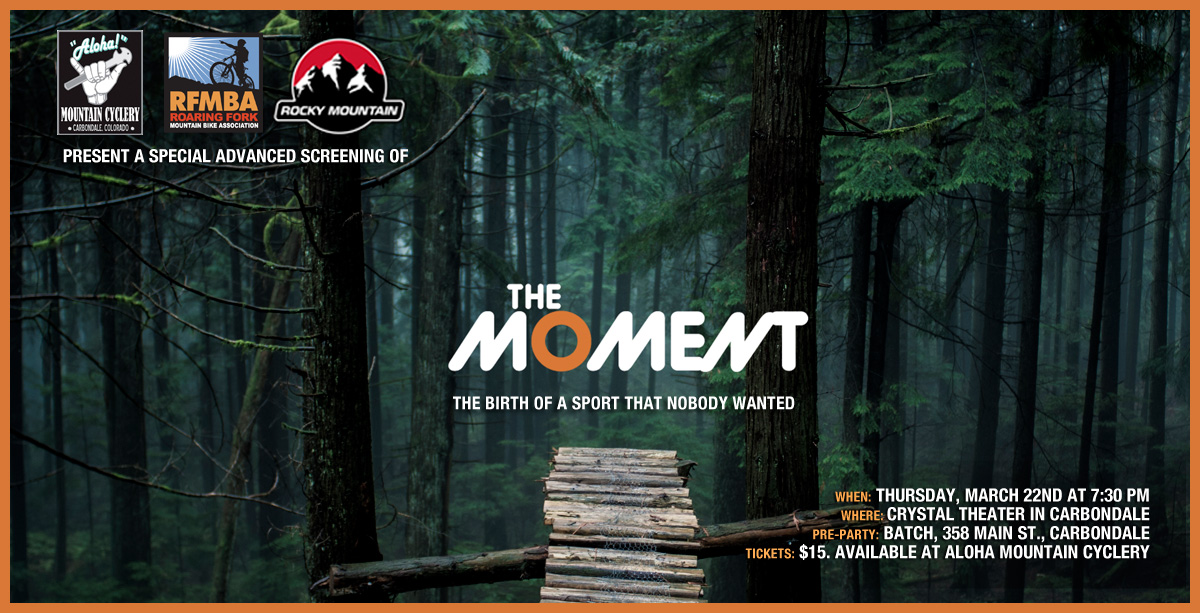 A feature-length documentary about the origin of freeride mountain biking.

It all had to start somehwere…

In the backwoods of British Columbia, Canada, three small but dedicated crews of adventure seekers were quietly changing the course of a sport and carving their paths in history. And it was all happening unbeknownst to each other, the cycling world, and ultimately, themselves.

This film is the origin story of a small movement of mountain bikers and filmmakers who rose up, challenged the status quo, and turned the sport of cycling on its head.

This is a story that has never been told, told by the people who lived it firsthand.

– a film by Darcy Turenne 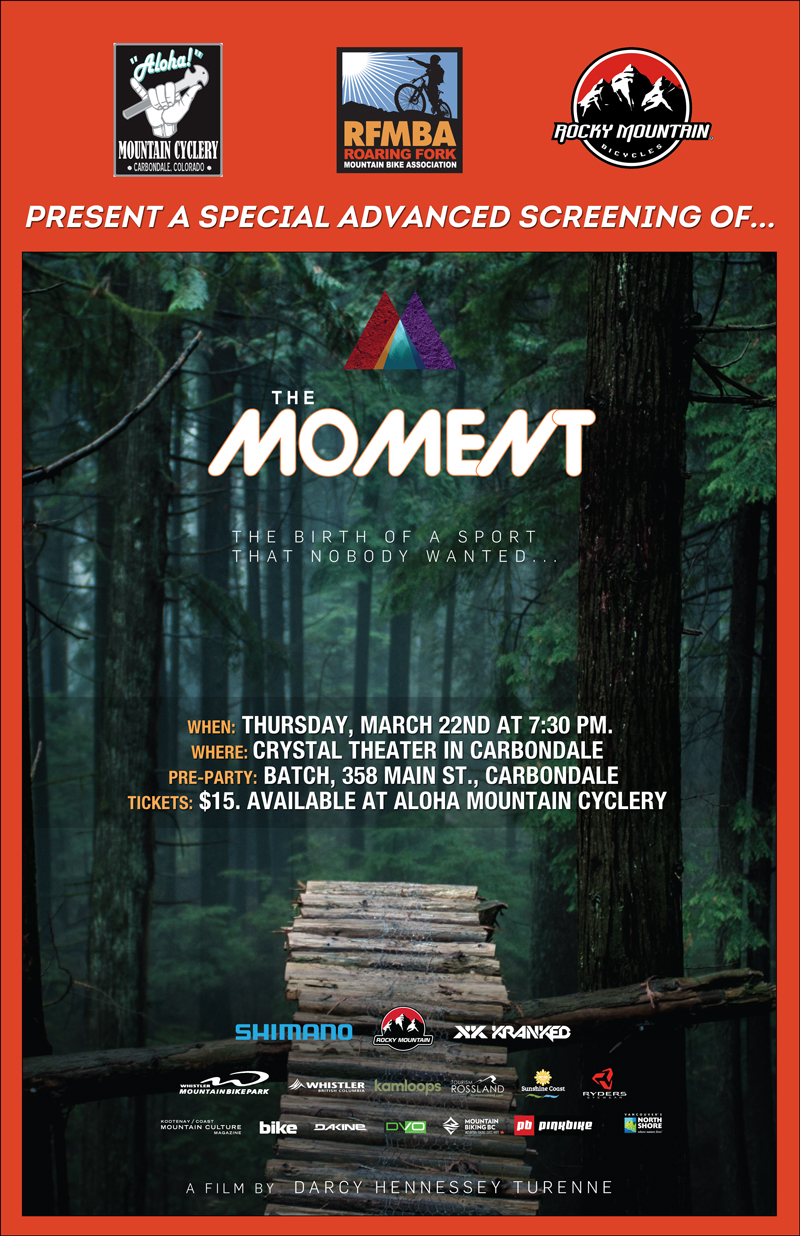