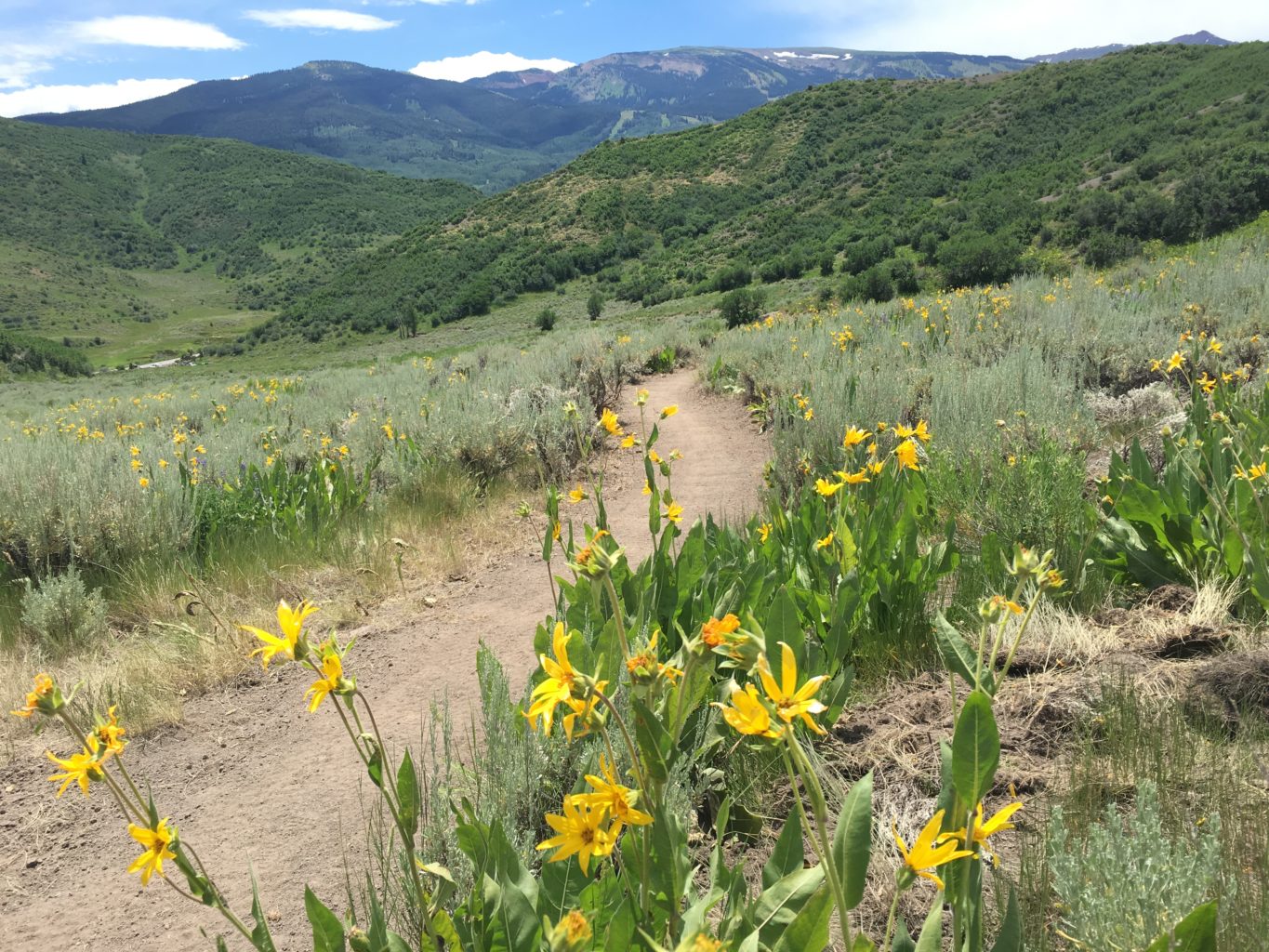 The Seven Star trail build is now well under way!  This route will form a loop with the N. Rim Trail as it loops around to the east while staying north of Brush Creek Road & bike path.  The finished trail will connect with the Snowmass Recreation Center at Town Park, a great hub to start and end your ride.   The trail is actually part of the Sky Mountain Park management plan and its being built thanks to funding from Pitkin County Open Space & Trails, Town of Snowmass Village Parks, Rec. & Trails, and – thanks to generous funding dedicated to this project – RFMBA!  Tony Boone Trails won the competitive bid, and has been working away with his professional trail crew for the past couple weeks.  They are now more than a mile into the 4+ mile trail build.  We expect to celebrate the trail’s opening sometime around mid-August!

The Glassier Open Space, near El Jebel, is also seeing some professional trail building action right now.  Greg Mazu’s Singletrack Trails has been hired by Pitkin County Open Space and Trails to build both a horse trail and a foot & bike trail.  RFMBA advocated for this trail during the management plan process & then helped design the alignment last summer. We’re excited to see this trail project break ground next week.  The new trail that we’ll be riding later this summer will be located just east of the steep Glassier OS Access Rd., along the edge of the prominent red cliffs that rise above the mostly agricultural property’s lush fields.   We’re most excited about this trail because it will one day tie into the Buckhorn Traverse Extension and other area BLM trails that are currently being studied through the NEPA process.   You can check out this general zone by riding the doubletrack roads called out on  MTBproject as BLM Glassier to 8324 Route.

While these pro crews work long days to create some amazing trails for everyone, you might want to get your hands dirty and build some trail too… Well, we’ve got a perfect opportunity for you this Saturday, July 23rd!  Join us on RFOV’s public project from 8:30 AM to 5 PM.  We’ll be rerouting steeper portions of the Mountain View Trail that connects the Town Center shopping area of Snowmass Village up towards the start of the South Rim Trail.  We’ll eliminate the steepest grunts and build some nice turns and flowing trail segments that will have you skipping the nearby roads and paved paths on your next Rim Trail Loop!